SERCO Owns the World via the Crown or Corona_360p 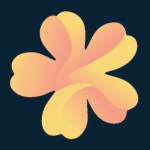 Sign in now!
Category:
Default
Description:
https://www.serco.com/about/the-board-and-governance
Sir Roy Gardner, the Chairman, is responsible for the effective operation of the Board.
"Sir" tells you that he is affiliated with the royal family, who IMO are not royal but a bunch of inbred parasites.
5g link to Serco:
http://stop5g-resistance.whynotnews.eu/5g-accountability/5g-serco-connection/
Another link re frequency:
https://www.rfglobalnet.com/doc/fixed-wireless-communications-at-60ghz-unique-0001
Etymology of "corona":
https://www.etymonline.com/search?q=corona
https://www.etymonline.com/word/corona#etymonline_v_19090
corona (n.)
1650s, "a crown," from Latin corona "a crown, a garland," in ancient Rome especially "a crown or garland bestowed for distinguished military service," from suffixed form of PIE root *sker- (2) "to turn, bend."
With many extended senses in botany, anatomy, etc. A coronavirus (by 1969) is so called for the spikes that protrude from its membranes and resemble the tines of a crown or the corona of the sun. The two "crown" constellations, Corona Borealis (according to fable, the crown of Ariadne) and Corona Australis, are both Ptolemaic. Astronomical sense of "luminous circle observed around the sun during total eclipses" is from 1809.
Further back:
https://www.etymonline.com/word/coronal#etymonline_v_28910
coronal (adj.)
1540s, "pertaining to a crown" (or, later, to one of the extended senses of Latin corona), from French coronal (16c.), from Latin coronalis "of or pertaining to a crown," from corona "a crown" (see crown (n.)).
Even further back:
https://www.etymonline.com/word/coronation#etymonline_v_19092
coronation (n.)
"act or ceremony of investing (a sovereign) with a crown," c. 1400, coronacioun, from Late Latin coronationem (nominative coronatio) "a crowning," noun of action from past-participle stem of Latin coronare "to furnish with a crown," from corona "crown, wreath" (see crown (n.)).
https://en.wikipedia.org/wiki/Serco
Serco Group plc is a British provider of public services with headquarters based in Hook, Hampshire.[3] Serco operates in six sectors of public service provision: Health, Transport, Justice, Immigration, Defence, and Citizens Services.
It is listed on the London Stock Exchange and is a constituent of the FTSE 250 Index. The majority of Serco's turnover is generated from UK operations, but the company also operates in Continental Europe, the Middle East, the Asia Pacific region and North America.
Founded 1929; 91 years ago (as RCA)
1987; 33 years ago (as Serco)
There's your 33 AGAIN.
https://en.wikipedia.org/wiki/Roy_Gardner_(businessman)
"Gardner is notable for his involvement in the sale of Manchester United to American businessman Malcolm Glazer and his controversial *spell*..."
SPELL
"Gardner started his career at the British Aircraft Corporation through their accounting apprentice *scheme*, working in the Commercial Aircraft Division from 1963 to 1975"
SCHEME
Yeah they are running a SCHEME alright, they have cast a SPELL over humanity. It's called the money spell and the fear spell.
Open your eyes ladies and gentlemen. The "news" stations are owned by people who are members of the council on foreign relations who are connected to the rockefeller foundation who are connected to the rothschilds who are connected to the queen and to the vatican.
Are you an adult, or are you simply a large child? Are you not capable of making these connections yourself?
Forget the word theory, it does not serve you nor humanity. Take a look around you, it's not a theory, it's a fact, we can see it happening, unfolding before us. Stop being naive.
You must login to be able to comment on videos
Reply