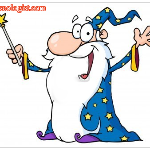 Fakeologist Admin
1 week
271 Views
Share Download Add to
Want to watch this again later?
Sign in to add this video to a playlist. Login
Report 0 0
MP4
SD
Embed (Iframe): Embed (Object): Link (HTML): Link (BBCode):
Sign in now!
Category:
Music
Source:
youtu.be
Description:
The only piece of Elvis' 9 April 1972 evening show footage to be released officially outwith either On Tour or The Lost Performances was a thirty seconds or so section at the end of the 1981 documentary This Is Elvis featuring An American Trilogy. This in itself is misleading because much of that time is taken up by the insertion of audience reaction shots. This video contains that footage at the appropriate section.

This version of An American Trilogy is also the only part of that show's audio to receive an official release but even then it was subjected to considerable overdubs before release In This Is Elvis and on the soundtrack album. The orchestral overdubs took place on 18 February 1981 at Warner Brothers' studios in Hollywood.

As with all of these videos, to get the most out of the re-edited audio, I highly recommend you use ear /headphones and turn the volume up as much as you dare!